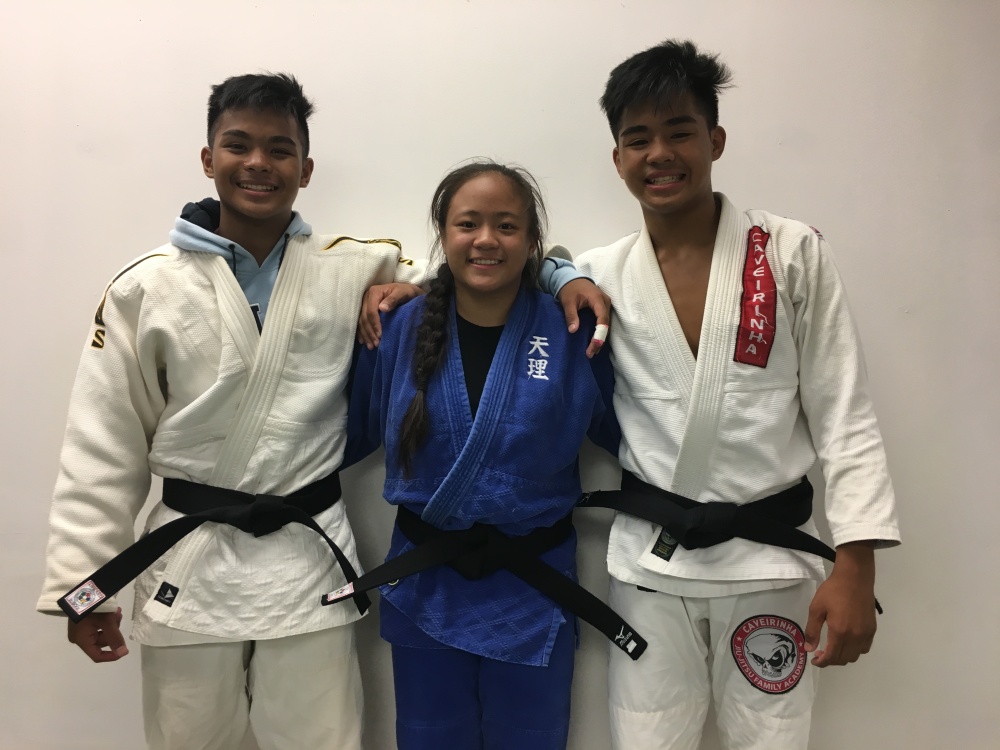 CJ Pascual-Tabuyo, Chase Wusstig, and Noah Wusstig are traveling to Santiago, Chile with Sensei Greg to compete in the 2017 Cadet World Championships.

Live feed can be viewed here

The repechage tournament system is a highly competitive system that eliminates a large number of contestants in just a few rounds – as compared to the modified and true double elimination systems where contestants have a second chance to fight back through the consolation bracket. (You can see the pools and brackets in the links to the Contest Sheets). That being said, it is an accomplishment for any of our judoka to win their first match in an international tournament of this level. The international tournament experience can be overwhelming to compete in a live televised arena, in very large divisions with players from all over the world.

Furthermore, Noah, Chase, and CJ had to earn their spot on the national USA Cadet World Team by competing in the Scholastic National Championship, where they each won their respective divisions. We are proud of each of them and hope that they will continue to strive to compete in international tournaments!

The male cadet -60 kg division had 33 competitors. Noah won his first match against Cazorla of France – he scored two waza-ari with throws and then finished the match with an osae-komi (press) for ippon. In his second round, he lost to Couzo Aspitia from Argentina by arm bar for ippon.

The male cadet -66 kg division had 34 competitors. Chase won his first match agains Jara of Argentina by a hansoku-make penalty against the Argentinian player. Chase then lost his second round match against Italy by ippon.

The female -63 kg cadet division had 32 competitors. CJ won her first match against Peru’s CorneJo Vargas by ippon with an uchimata in just 8 seconds. She lost her second match against Yuan from Taipei by ippon.